Your request may be redirected to improve your search experience.

Who is This Woman?

Hedy Lamarr, an Austrian-American actress in the mid-1900s, was known as “the most beautiful woman in the world” at the height of her career. A few of her notable films she starred in include, “Samson and Delilah,” “Joan of Arc,” and “White Cargo.” Her iconic beauty defined her legacy for most of her life.

However, Hedy was also a pioneer in the field of wireless communications. During World War II, in an effort to combat the Nazis, she manipulated radio frequencies at irregular intervals between transmission and reception, that created an unbreakable code to prevent classified messages from being intercepted by the enemy.

Consequently, she invented the frequency hopping spread spectrum technology, which would become the precursor to wireless technologies we use today including GPS, Bluetooth and Compustar Remotes! That’s right, not only was Hedy Lamarr a bombshell actor, she was also a super-genius inventor and US patriot: talk about being a true triple threat!

Today, we honor Hedy Lamarr whenever we remote start our cars using spread spectrum technology, which can be found in the Compustar PRO T11 as well as the Compustar PRIME 901. 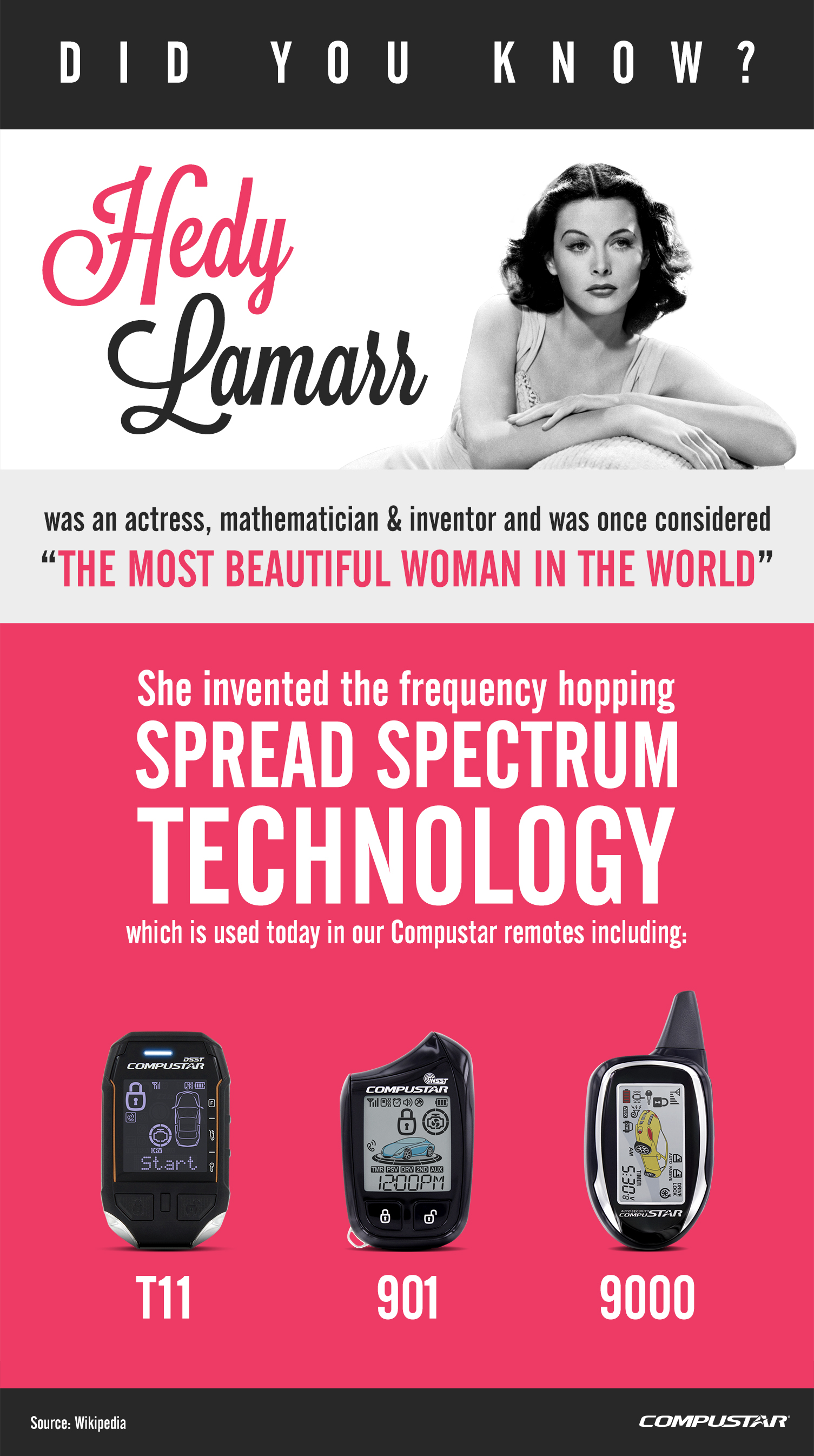 How Much Does a Remote Starter Cost? (2022 Update)

2022 Best (and Most Popular) Remote Starters

Here are our recommendations for the best Compustar remote starter for your vehicle in 2022-2023 based on 2021 popularity.

What Are the Benefits of a Remote Starter?

Add comfort, security, and convenience to any vehicle with a Compustar remote starter. Read this article to learn more!

How Compustar Car Alarms Protect Your Vehicle from Theft

Can You Remote Start a Manual-Transmission / Stick-Shift Vehicle?

Compustar remote starters are the safest solutions for manual-transmission vehicles. Learn more in this blog article.

Over 800,000 motor vehicles were stolen in 2020 alone. Protect your vehicle and prevent car theft using these 5 safety tips!